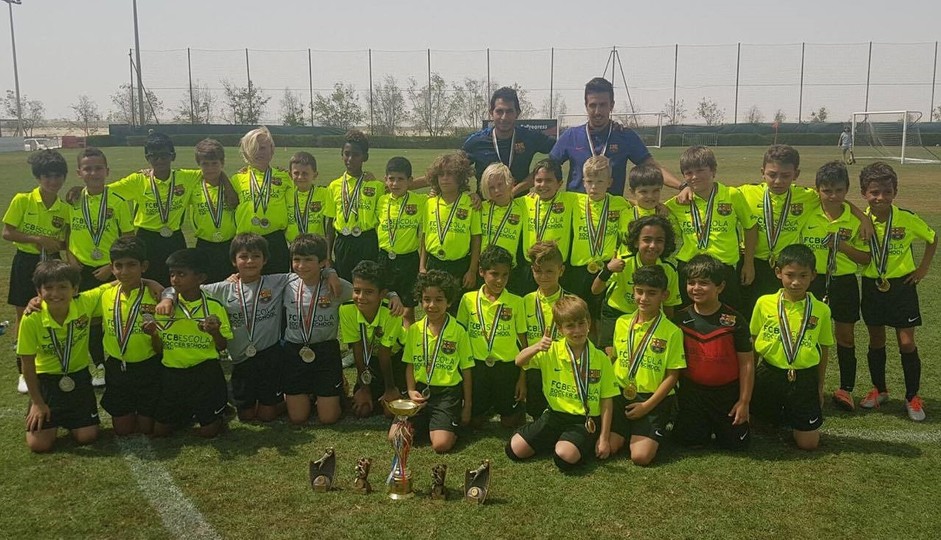 FCBEscola Dubai has concluded both its internal and external leagues for the season. These three-month competitions have served for the children at the school in the Middle East to continue to improve as footballers, where the Barça spirit has always been present in the way they not only enjoy their football, but also make sure the people watching do too.

The champions of the internal leagues and the leading goalscorers received their trophies at a highly emotional closing ceremony attended by a large number of family members. The winners were:

Meanwhile, the select teams took part in different external tournaments in defence of the FCBEscola Dubai colours, here again, the quality of the football was excellent, as shown by how almost all the school’s teams ended up either as champions or aunners-up in their respective categories.