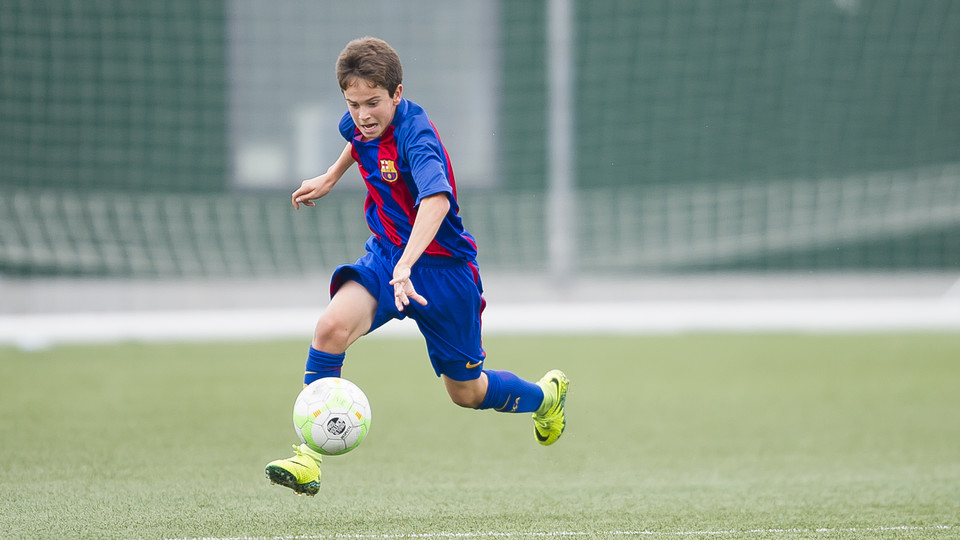 FC Barcelona’s Under-15 midfielder Marc Pelaz, who began playing at the FCBEscola Barcelona, has been called up to take part in a series of training sessions to be held by Spain’s U-15 national team at the Las Rozas Football Center in Madrid.

Pelaz, who just turned 14, currently plays for FC Barcelona’s Under-15 academy team and was called up along with four of his Barça teammates—Miguel Juanola, Juan David Fuentes, David Navarro and Alejandro Balde.