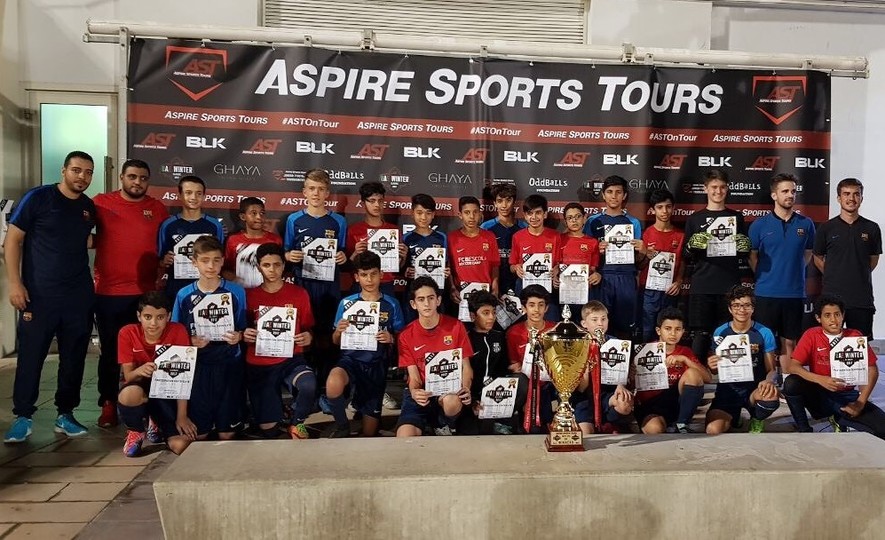 Two FCBEscola teams starred in the Aspire Sports Tour Tournament held here in Dubai, sharing the Champions trophy for the U14 age group. FCBEscola Riyadh (Saudi Arabia) and FCBEscola Dubai (United Arab Emirates) faced each other in the final after getting through the group stage and the semifinals. After finishing normal time level at 1-1, and with 20 successful penalties subsequently taken, the schools decided to share the title.

The U16 team also won the cup after finishing first in the group stage and defeating the Spanish Soccer School 3-2 with a goal in the last moments of the game. In the U10 category, the FCBEscola Dubai team finished runners-up, losing on penalties after a 0-0 draw in normal time. In the U12 competition, the Emirati school were champions of the consolation phase after finishing second in the first phase.